Its previous model, the 600N was the longest manufactured Align model, and the last classic Align helicopter without any main changes since the beginning. Now the new 600 has arrived, which mixes the appearance of 700XN with the experiences of former 600. Some parts inherited from the 550. After all it can be declared, there is no part in this model which hasn't changed comparing to the previous one. 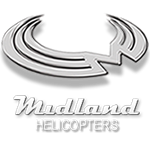 PREORDER DEPOSIT, BALANCE OF £1049.99 DUE UPON ARRIVAL READY FOR SHIPPING, FIRST BATCH EXPECTED IN JUNE

Most obvious is that its appearance is really similar to its big brother, the 700XN, whilst it keeps the marks of original 600. The new rotorhead designed to keep 90 degrees between the links and swashplate in any circumstances as much as possible for the higher precision. On top of it the rotorhead got closer to the aircraft, therefore the center of gravity is much more ideal than at the previous model. The new model left the original push-pull mechanics between the servos and swashplate and links them directly together, which imporved the accuracy even more.

The helicopter has changed fundamentally: the main frame is narrower than before, therefore there is no skewing during the flight, the deformation caused by forces is much smaller resulting a more accurate control.

The engine is still Align 55H, which has got an additional cooler for the beter performance. The transmission has also changed a lot, because the engine is farther away from the main shaft now. The new clutch can make at least 1000 take-offs and its explosion or falling apart is not expected as Align promises.

The entire on-board electronics goes onto one block which can be disassembled quickly therefore it is protected against any mechanical damages and makes maintenances easier. The new helicopter has got a new 2 in 1 BEC device as well replacing the previous B6T and now it's called B6M. It is a smaller, lighter and more reliable device as it's promised. This is also true in case of servos. This helicopter is delivered with DS820, DS825 servos and DS530 is supplied as throttle servo. BeastX governor sensor is also included in the box, but the flybarless system is not going to be in this kit.

Therefore on-board battery, transmitter, receiver and flybarless system is going to be required in addition, of course not mentioning the typical accessories (starter, fuel, tools, simulator, etc...). Furthermore: if you choose the Combo version instead of Super Combo, the box will not contain the Align 55H engine and the Align 50 muffer either.

Who is it recommended?
Not for newbies

Neither its size nor its operation make it able to it. However it's being expected this will be a very handful, good temperament helicopter under control of experts. The helicopter itself arrives as a kit, which means it has to be assembled by owners and the user's manual is not going to be enough. All the assembly, setting up even operation require deep experience and skills. t's recommended as second or third helicopter next to one or more electric one, and as we think solid flying basics are also mandatory (360 degress in normal position, and solid figure 8 flights).

Its operation is more expensive than in case of the same size electric helicopters, but it's easier and quicker to prepare for flights than electric ones due to its nitromethane fuel - no batteries charging required in advance. After all it flies better in cold weather conditions than the electric helicopters.

Now preorder is available. Final price will be about £1250

Don't miss the latest news in RC helicopters' world. Follow us on our channels.